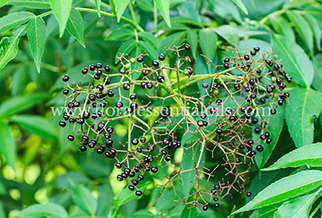 Black pepper is native to India and is extensively cultivated there and in tropical regions. The spiciness of black pepper is due to the chemical piperine. black pepper essential oil and its major active principle, piperine, which has the ability to enhance the digestive system and protect us against oxidative damage. The aroma of black pepper is spicy, musky, warm, and or course peppery. Its oil is mostly used as a supplement for digestive and nervous system support and wellness. For this reason many people will use the oil as a flavoring in their cooking, just as you might with crushed black pepper.

Pepper is native to South Asia and Southeast Asia and has been known to Indian cooking  since at least 2000 BCE. J. Innes Miller notes that while pepper was grown in southern Thailand and in Malaysia, its most important source was India, particularly the Malabar Coast, in what is now the state of Kerala. The lost ancient port city of Muziris in Kerala, famous for exporting black pepper and various other spices, gets mentioned in a number of classical historical sources

As of 2013, Vietnam was the world's largest producer and exporter of black peppercorns, producing 163,000 tonnes or 34% of the world total of 473,000 tonnes (table). Other major producers include Indonesia (19%), India (11%) and Brazil (9%) (table). Global pepper production may vary annually according to crop management, disease and weather.Vietnam dominates the export market, using almost none of its production domestically. Peppercorns are among the most widely traded spice in the world, accounting for 20 percent of all spice imports

Pepper may cause sneezing. Patients who have undergone abdominal surgery should not add excessive pepper to their diet because it can have an irritating effect on the intestines. Black pepper should not be taken in high concentration, and if you see signs of an allergic reaction, discontinue its use and consult a doctor.