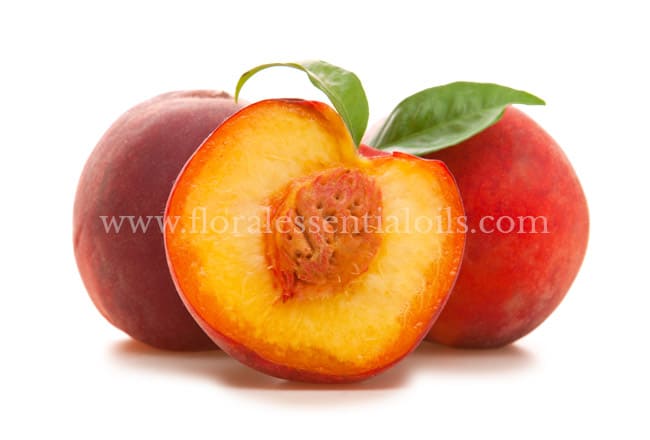 The peach tree originates from China. The Romans brought the peach to Europe. It was introduced to America in the seventeenth century and California and Texas are now the

Peach kernel oil is very similar to apricot kernel and sweet almond oil. It is extracted by cold pressing the kernels if it is a high quality oil and is made up mostly of unsaturated fatty acids including linoleic acid. It is pale yellow and is virtually odourless with a light texture which makes it a wonderful carrier oil for aromatherapy.

Peach kernel oil may be used as a base 100 percent although it is usually added to a blend in a dilution of approximately 10 percent.

Peach kernel oil is totally safe with no reported side-effects.