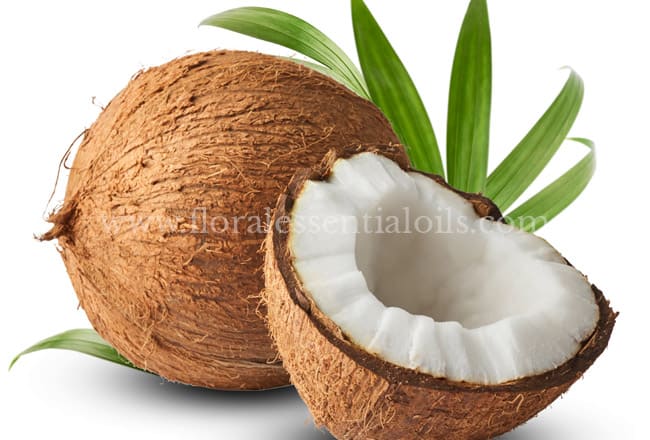 The palm tree is believed to have originated in the Indian Ocean region. The coconut is now grown in many tropical areas due to its commercial importance. Interestingly ‘cocos’ is the Portuguese word for monkey as the nut resembles a monkey’s face!

Coconut oil is usually solvent extracted and is primarily composed of saturated fatty acids. It is used a great deal in India in Ayurvedic medicine for a variety of complaints. Coconut oil is widely used in Southern India as it is thought to keep the head cool. It is one of the most popular oils employed for Indian head massage. Many soap formulations and hair conditioners contain coconut oil because of its moisturizing properties. Coconut oil is not used a great deal in aromatherapy treatments — it is a popular choice for Indian head massage treatments. (See Teach Yourself Indian Head Massage in this series.)

Care should be taken with hypersensitive skin as in rare cases it has been known to cause skin rashes.